Same-sex marriage: 64.1% yes, 35.9% no
View the results by canton and reaction to the yes vote on the SwissInfo.ch website >

Capital gains tax: 35.1% yes, 64.9.% no
View the results by canton and reaction to the no vote on the SwissInfo.ch website >

About 5.5 million Swiss citizens, including registered expat Swiss, were eligible to take part in the votes.

Today, in principle, all income such as wages, pensions and capital income (e.g. interest, dividends and income from rentals) is taxed in full. These income taxes help to mitigate inequalities in the distribution of income within the population. People with high incomes therefore pay more in percentage terms than those with low incomes.

In the view of the initiative’s authors, existing methods of redistribution are insufficient and taxation is not fair enough. They demand greater taxation of high capital income. Above a certain amount, capital income should be weighted more heavily in calculating taxes and count one and a half times. So for every franc above that amount, tax would have to be paid as if it were CHF 1.50. If the initiative is accepted, the amount above which the higher taxation would apply would be determined by Parliament. The revenue generated from the higher taxation would be used for tax reductions for people on low or medium incomes, or go towards social welfare.

Electorate voted "yes" on Marriage for all

Today, couples of the same sex are unable to marry in Switzerland. They only have the option of entering into a registered partnership. In recent years, this has been legally approximated to marriage in certain respects. However, there are still differences, namely with regard to naturalisation, the adoption of children and access to reproductive medicine. The Federal Council and Parliament want to eliminate these inequalities and open up marriage to all couples. A referendum opposing such a move was requested: marriage should continue to only be possible between a man and a woman.

Under the amended law, same-sex couples would be able to have a civil wedding and would be placed on an equal footing with other married couples both institutionally and legally.

Don't forget to excercise your right to vote as a Swiss Abroad. Make sure that you are registered with the Swiss Embassy to the UK to receive voting forms by post on upcoming Popular Iniatives.

Everything you need to know about voting in Switzerland on www.ch.ch 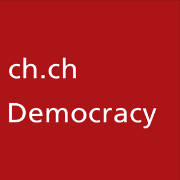 The Covid-19 pandemic has failed to thwart direct democracy. On 13 June, voters gave their verdict on five more proposals – two initiatives and three referendums. Here are the issues voted on.

Clean Drinking Water initiative: According to this initiative (brought by citizens with no affiliation to any political party), subsidies should only go to farmers who refrain from using pesticides, antibiotics and bought-in fodder. Furthermore, the federal government should only fund agricultural research and education that meets these criteria.
RESULT: REJECTED

Pesticide initiative: This initiative seeks to ban synthetic pesticides in Switzerland – not only in agriculture, but in soil and land management too. The import of food containing pesticides or produced using pesticides would also be banned. A non-party pressure group is behind this proposal as well.
RESULT: REJECTED

CO2 Act: The Federal Act on the Reduction of Greenhouse Gas Emissions (CO2 Act) tightens the CO2 emission limits for vehicles and increases tax on petrol and fuel. An SVP-backed campaign group representing affected industries opposes the CO2 Act. Climate strike activists in French-speaking Switzerland have also voiced their dissent, saying the measures do not go far enough in the fight against climate.
RESULT: REJECTED

Anti-Terror Act: Under the Federal Act on Police Counterterrorism Measures, the courts are permitted to place people aged 15 or over under house arrest. The police may also take action to restrict the movements of children aged 12 or over. A number of party youth wings across the political spectrum are opposed to the legislation, calling it a “brazen attack on the rule of law”.
RESULT: ACCEPTED

Covid-19 Act: The legal framework for emergency measures by the Federal Council to tackle the Covid-19 pandemic is already in force and will apply until the end of 2021. However, the Friends of the Constitution have called a referendum to repeal the Covid-19 Act, saying that the legislation is unnecessary, unethical and dangerous. Activists fear that the Covid-19 Act will set a precedent for further “government diktats”.
RESULT: ACCEPTED

1. Yes to a ban on full facial coverings
Summary of the initiative >
A link to the vote results is on the page

2. Federal Act on Electronic Identification Services (e-ID Act)
Summary of the initiative >
A link to the vote results is on the page

3. Economic partnership agreement with Indonesia
Summary of the iniative >
A link to the vote results is on the page

Important note: No Swiss living abroad will be able to use e-voting in the upcoming Popular Initiatives. If you are not registered to vote, don't delay and contact the Swiss Embassy London or consular representation without delay here >

Our tireless UK Delegates report back on issues affecting Swiss Abroad, one of which is e-Voting. For the current status and links to more in-depth analysis, visit our dedicated page on e-Voting >

Ensure that you excercise your right to vote: https://www.eda.admin.ch/eda/en/home/living-abroad/fifth-switzerland/voting-and-electoral-rights.html

If you are a Swiss citizen abroad, you can vote at federal level (e.g. in National Council elections). To vote, you must be registered with your Swiss representation abroad, which in the UK is the Swiss Embassy London. You must also be registered on the electoral roll of your last commune of residence in Switzerland or, if you have never lived in Switzerland, in your place of origin.

© 2022 FOSSUK – Federation of Swiss Societies in the United Kingdom